Well here we are, 2015 is about to come to a close and with it we wave goodbye to what has been a fantastic year for gamers. I’ve played many games on my trusty Playstation 4 over the course of the last 365 days and I have decided to whittle them down to the 5 best and bang them into a lovely little list. Here we go.

The Call of Duty juggernaut is renowned for being the reliable King of online first-person shooters, but this year’s instalment from Treyarch takes things to a whole new level. It is honestly one of the most addictive games I’ve played in years.

Intense battles that flow gracefully through well mapped-out levels and the addition of new “specialist” characters ensure that the game has it’s own distinctive feel. Wall running and underwater sections can at first seem strange, but soon become more fluid and pivotal to your playing style.

The campaign is decent – it’s not going to last long in the memory – but it’s not the campaign thousands of fans buy this game for. It’s the sublime, aforementioned, multiplayer.

Top it off with the return of the excellent “Zombies” mode and you have the best Call of Duty in years.

I used to cast envious scowls at Xbox users when they would harp on about Xbox “exclusives” such as Super Meat Boy and Limbo. However, this year my patience was rewarded with the release of both these titles on Playstation 4. Super Meat Boy is fantastic in its own right, but it’s Limbo that made me realise that I can still be stunned by such an original idea even after all these years.

Limbo is a visually arresting piece of work. The blacks and greys that blanket the screen give you a deep sense of dread and foreboding. The story is deliberately ambiguous, a point that annoyed some critics upon its release. For me however, there were just enough scraps of suggestion here and there for me to fill in the gaps and hypothesise as to what I believe was going on. It feels like a nightmare that you are trying to recall in fleeting moments.

The puzzles are some of the most ingenious I have ever played, with the physics system as perfect as you could possibly dream. Blocks slide and glide along levels as you push buttons and pull pulleys to get them to where you want. It’s wonderfully, head-smashing-against-the-TV frustratingly superb.

The game ends as abruptly as it started, 6 hours later. I felt a pang of sadness at it being over. Limbo is one of the finest, most hauntingly original games I’ve ever played and I’m sure it will stay with me for years to come. 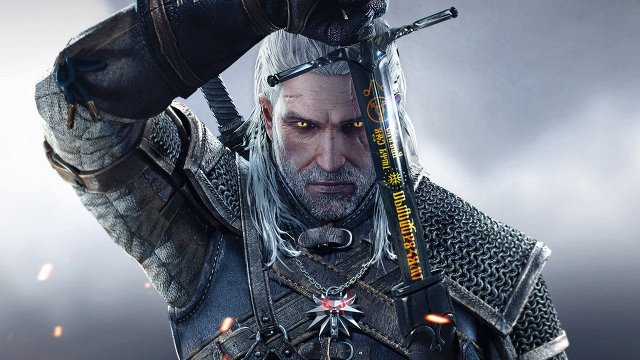 Nothing much more needs to be said about CD Projekt RED’s release earlier this year that hasn’t already been said. It is, without doubt, a masterpiece.

It is an absorbing, detailed, beautifully stunning RPG that can consider itself as one of the best ever made. It is arguably one of the standout games of this generation of consoles.

The Polish studio have created such a detailed world that it beggars belief. The story intertwines with local myths and legends whilst characters involve you in normal, human problems as you go about your quest and there are laugh out loud moments interspersed with fast moving, brutal combat that flows beautifully with every sword stroke.

The release of Fallout 4 has only cemented what a great piece of work this is. Fallout 4 looks bland and it’s world empty compared to The Witcher.

The game is so vast that even after days upon days of cumulative play, I didn’t even fully finish it.

CD Projekt RED are now focussing on their next title – Cyberpunk 2077. A futuristic RPG set in the future. The Witcher crossed with Blade Runner anyone?

I’m so excited I could cry.

I play a lot of retro games. My SNES is played as much now as it was over 22 years ago when I first unwrapped it one Christmas morning. The games of that era sparked a life long passion for the medium that is evident as I type!

I think that’s why I love Shovel Knight so much.

Yacht Club Games’ release took me back to my childhood in an instant as wave upon wave of nostalgia slapped me across the face like a 90’s dance track.

Platforming rules and patterns that had been burned into my subconscious through hours upon hours of gaming in the early 90’s suddenly burst back into my mind like they had never been away.

I wrote an entire article on Shovel Knight which you can go check out for a more in-depth look at the game. I don’t need to say much more, other than not only is Shovel Knight one of the best indie releases in recent years, it is also one of the best platform games ever made in the history of video games.

Without doubt the best game I have played all year (and quite possibly working its way into my top games of all time) is Bloodborne.

The gothic, blood soaked action/survival horror/RPG nightmare from Hidetaka Miyazaki is an original masterpiece that has to be played to be believed.

Very little explanation is given to what is going on with regards story – I know about as much now as I did when I first started playing many months ago – but it’s deliberate and refreshing so that the gameplay can take centre stage and the story can be patched together as you go along.

The city of Yharnam that you wander around is a gothic nightmare; dark cobbled streets, towering cathedrals and looming gargoyles cast their menacing gaze from above. A varied army of enemies patrol the city and wait to be dispensed in a shower of blood by you and your arsenal of weaponry. Combat is satisfying and fluid, the action intense and controlled.

It is also a brutally difficult game, the casual gamer might not be able to hack the challenge. But for those who dare take it on, they will be rewarded with a gaming experience like no other. It is absolutely fantastic.